Estonian Translation Service for All Cities 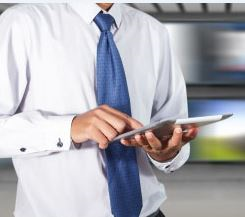 Estonian is the official language of Estonia, spoken natively by about 1.1 million people in Estonia and tens of thousands in various migrant communities. It belongs to Finno-Ugric language and is closely related to Finnish and distantly to Hungarian. This makes Estonian different from most spoken languages in Europe although it has its influences from German, Russian, Swedish and Latvian.

Estonian dialects are divided into two groups, Northern and Southern, usually associated with biggest cities of those regions – Tallinn, the capital, in the north and Tartu, second-largest city, in the south. Some references also say that this distinction was also based on the migration wave of the Estonian ancestors into the territory of Estonia, north, and south.

In some of the southern regions, people speak Seto and Võro dialects, which are sometimes considered to be separate languages altogether. Dialects spoken in northern Estonia are more influenced by Swedish and Finnish, especially along the coast and on the islands.

While Estonians use Estonian as their mother tongue, 25% of the people speak Russian and can be mostly heard near the capital Tallinn and East Estonian regions (in towns like Narva, Narva-Jõesuu, Kohtla-Järve).

One distinctive feature of the Estonian language is what is traditionally seen as three degrees of phonemic length: short, long, and "overlong", such that /toto/, /toˑto/ and /toːto/ are distinct. In actuality, the distinction is not purely in the phonemic length, and the underlying phonological mechanism is still disputed.

From the 13th century to 1918, Estonia was dominated by countries like Denmark, Germany, Sweden, and Russia. This caused a delay in the indigenous literacy in the country. It was only in 1637 when Estonian grammar was published by Heinrich Stahl in Reval. References show that the oldest written record originates in the Chronicle of Henry of Livonia which contains Estonian place names, words, and fragments of sentences.