Thai Translation Service for All Cities

Thai, or more precisely Siamese or Central Thai, is the national and official language of Thailand and the native language of the Thai people and Thai Chinese, Thailand's dominant ethnic group. Thai is a member of the Tai group of the Tai–Kadai language family. Over half of the words in Thai are borrowed from Pali, Sanskrit and Old Khmer. It is a tonal and analytic language. Thai also has a complex orthography and relational markers. Thai is mutually intelligible with Lao.

Thai belongs to the Tai language family, which is a group of related languages spoken in Thailand, Laos, Burma and northern Vietnam and southern China--by minority ethnic groups. The dialect spoken in Bangkok and surrounding areas is called Central Thai.

There are three other main Tai languages spoken in Thailand: Southern Thai, Northern Thai, and Laotian, called Northeastern Thai or Ee-san in Thailand. There are also local varieties of these languages and other related Tai languages spoken by minorities such as the Thai Dam. These Tai dialects differ from each other mainly by vocabulary and are not mutually intelligible.  It would take a person from Bangkok some time to be able to speak and understand Northern Thai or another member of the Tai language family.

The official language found in the government, media and the school system is Central Thai.  People outside of central Thailand often speak their local language at their homes but switch to Central Thai when school setting and conducting business.

Thai is a tonal language, as is Vietnamese and Chinese, for example.  Learning tones is difficult requiring memorization to learn both the phonetic pronunciation and tone of each word. People learning Thai often cut corners and ignore the tones. This is fine at early stages of learning the language, as perfect pronunciation is not expected for early learners.  Few people in Thailand speak English that is why visitors coming to Thailand find it necessary to learn Thai.  In Thailand, it is common to talk to strangers and Thai people are very welcoming if there is an attempt to speak their language. In fact, the language is very easy to learn and can be taught with by starting out with a few simple phrases. 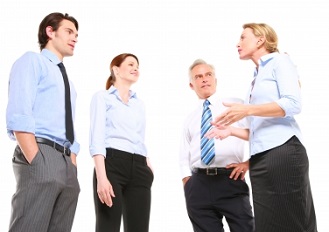 Learning tones is essential to speak Thai well as some words definitely need their tones to be understood, such as “five” (ha) which has a falling tone and “pork” (moo) which needs a rising tone.

Thai words predominately contain only one syllable. The multi-syllable words usually are used to express words found in government settings or academic subjects, or religion and were incorporated into the language through Sanskrit, the classical Indian language or Pali, the language of Buddhism.

When a new word is required in Thai, such as a word for “fax”, it’s taken from Sanskrit. There are many similarities between some high level Thai words and equivalent English words. This arose through a historical connection between Greek and Latin and the ancient languages of central Asia and India.  For example the word "statistics" is "sa-thee-tee" in Thai. Many modern words are borrowed from English.

The written form of Thai was also taken from Sanskrit and similar to English, in that it is read from left to right.  Thai has more letters than English, for example, there are four different letters for “s”. Unlike English the spelling of a word in Thai usually reflects its exact pronunciation, so learning to read can help with pronunciation. However, Thai words may have extra letters at the end that are not pronounced and more common with high level words which have been adopted from Sanskrit or Pali, with the extra letters reflecting the spelling in those languages.

Thai is a concise language utilising words for basic meanings then combining with prefixes or into phrases to form more complex meanings. The sentence structure is also simple, following the meaning of the sentence word by word. Thai like all languages has variations in degree of correctness and formality.  For example, there are formal and informal variations for “eat”, “drink”, and many other words.

Also different pronouns are used to in various settings to reflect degrees of politeness and respect, not a hierarchical social structure. Conversations in Thailand tend to be pleasant and fun and rarely are controversial subjects initiated and people do not speak sarcastically or abusively and talking loudly or rudely is frown upon and should be avoided.

Contact us for your Thai translation using our professional translators.