Persian Translation Service for All Cities

Persian or Parsi or its Arabic from Farsi (because Arabic do not have letter P) was the language of the Parsa people who ruled Iran between 550 - 330 BCE. It belongs within the Indo-Iranian branch of the Indo-European languages.It is primarily spoken in Iran, Afghanistan (officially known as "Dari" since 1958 for political reasons), Tajikistan (officially known as "Tajik" since the Soviet era), and other countries ranging from the borders of India in the east, Russian in the north, the southern shores of the Persian Gulf to Egypt and the Mediterranean in the west.

The Persian language is classified as a continuation of Middle Persian, the official religious and literary language of Sassanid Persia, itself a continuation of Old Persian, the language of the Persia. It was the language of the court of many of the Indian kings till the British banned its use, after occupying India in the 18 century. The Mogul kings of India had made Persian their court language. Engraved and filled with gold on walls of Delhi's Red Fort is the sentence "Agar Ferdows dar jahan ast hamin ast o hamin ast o hamin ast"; - 'If there is a paradise on earth it is here it is here it is here.' 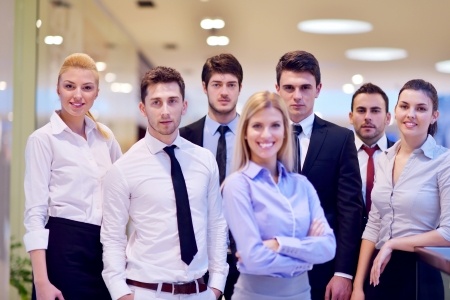 With a long history of literature in the form of Middle Persian before Islam, Persian was the first language in Muslim civilization to break through Arabic’s monopoly on writing, and the writing of poetry in Persian was established as a court tradition in many eastern courts. Some of the famous works of Persian literature are the Shahnameh of Ferdowsi, works of Rumi, Rubaiyat of Omar Khayyam, Divan of Hafiz and poems of Saadi.

Modern Persian consists of a lot of words of non-Iranian origin, this includes modern technical terms which have been incorporated from English, French, and German. The European words’ influence have come into use because there was no existing word to describe or translate a situation or product in Persian. For example with the imported car came the French form of its name 'Automobile'. It took some time and effort and support from the government to coin a Parsi word 'Khodrow' and replace the foreign word. Another example is the word 'Television', which has a less successful replacement 'Sadah va Seema', so also is the word 'Radio'. There are some non-technical words like 'Merci' (Thanks) that has settled into the Farsi language and many Iranians do not consider it as foreign, and the Parsi word 'Tashakor' is alternatively used in speaking but in writing it more often replaces 'Merci'.

Apart from the influence of European words, the corruption by Arabic words has done a great influence to the Parsi language since it had not only replaced the original Parsi words but also driven them out of the language. This influence has been so extensive that AArabic words have even found their way into the latter editions of 'Khordeh Avesta' the prayer book of the Zarathushties, which one expects to be in Avesta language.